問1 According to paragraph(2), which of the following is true?

① People started to use animal milk as food about ten centuries ago.

③ The fat amount in cow’s milk makes it healthier than goat’s milk.

④ The level of fat in sheep’s milk is suitable for producing cheese.

① delays the manufacturing of cheaper products for consumers

② guarantees the quality of the food items made from milk

④ secures a steady source of milk for global consumption


問3 Which of the following is closest to the meaning of the underlined word torment in paragraph(4)?

③ rice milk is nearly the same in sugar level

④ soy milk is about equal in protein level


問5 What would be the best title for this passage? 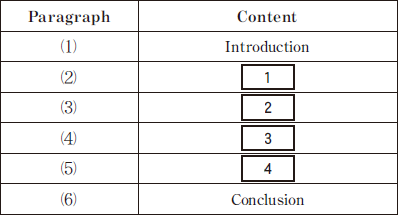 ② Discussing the differences between the earliest types of milk

④ Indicating the qualities of various substitutes for animal milk