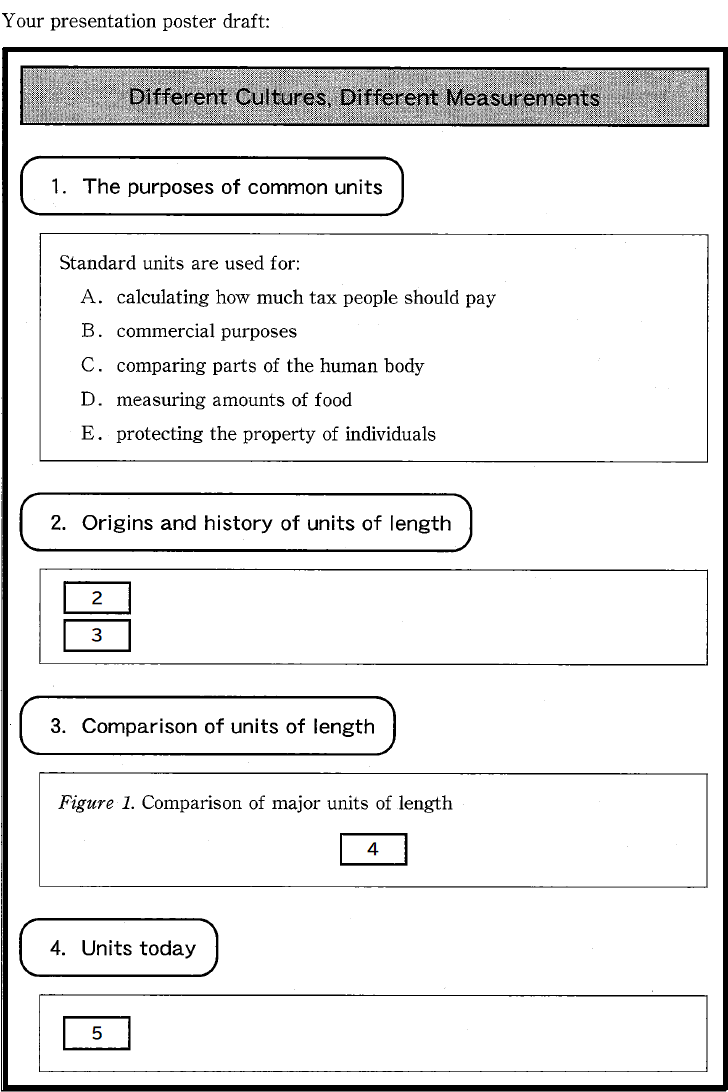 問1 When you were checking the statements under the first poster heading, everyone in the group agreed that one suggestion did not fit well. Which of the following should you not include?


問2 Under the second poster heading, you need to write statements concrerning units of length. Choose the two below which are most accurate.(The order does not matter)

① Inch and meter were defined by the 1959 International Yard and Pound Agreement.

② The chi began as a unit related to a hand and gradually became longer over time.

③ The cubit is one of the oldest units based on the length of a man’s foot.

④ The length of current standard yard was standardized by King Henry Ⅶ.

⑤ The origin of the fathom was from the distance between a man’s open arms.

⑥ The origin of the Roman foot can be traced back to Great Britain.


問3 Under the third poster heading, you want a graphic to visualize some of the units in the passage. Which graph best represents the different length of the units from short (as the top) to long (at the bottom)? 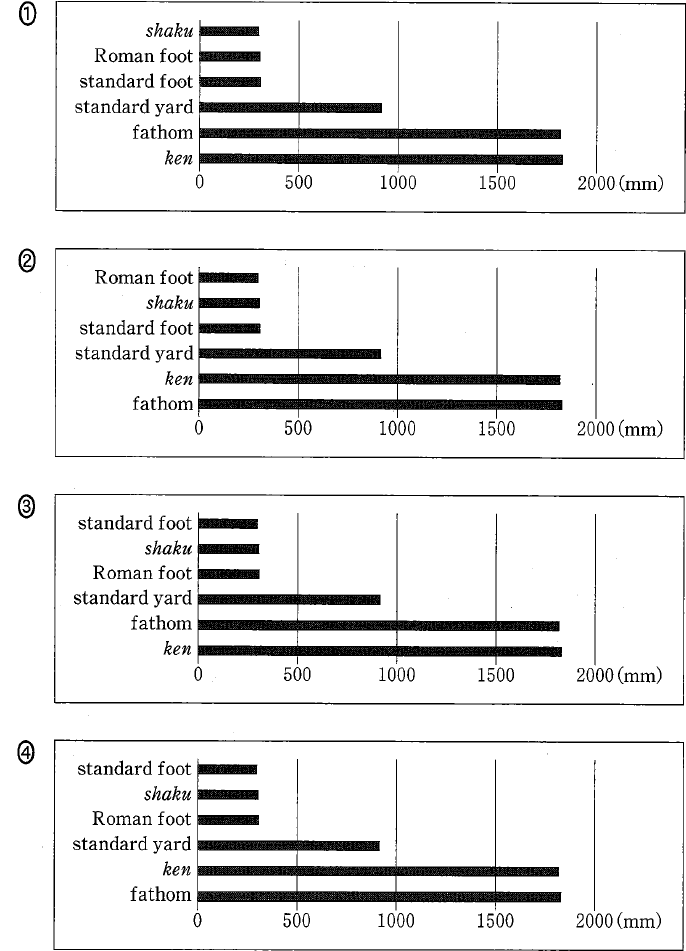 問4 Under the last poster heading, your group wants to add a statement about today’s units based on the passage. Which of the following is the most appropriate?

② Science and medicine use traditional units today to maintain consistency destite the acceptance of a widespread standardized measuement system.

③ The increase in cross-border online shopping has made the metric system the world standard.

④ Today’s units, such as the inch, foot, and yard, are based on the chi, whose origin is related to a part of the human body.