問１ The decline of wolves in Yellowstone National Park in the early 1900s resulted in (  ) .

1  a decrease in the number of hunters, which was good for the wolves

2  a decrease in the number of ranchers, which reduced the human population

3  an increase in the number of elk, which damaged the local ecosystem

4  an increase in the number of trees and plants, which helped elk to hide


問 2 Out of the following four graphs, which illustrates the situation the best? 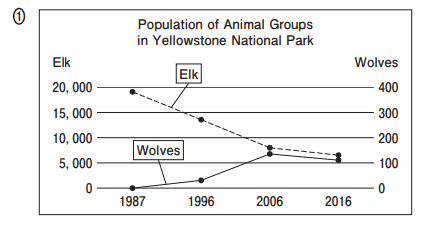 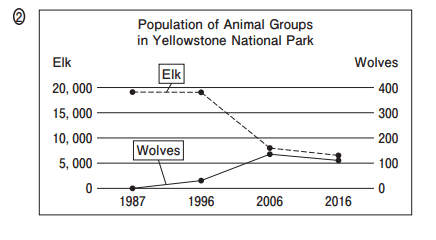 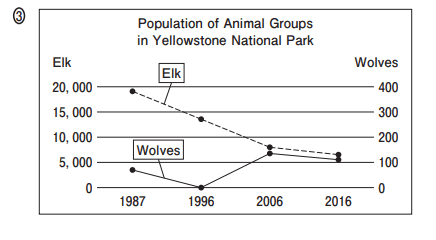 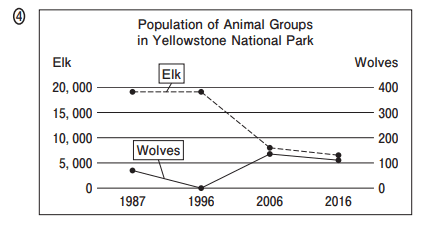 問 3 According to the article, which two of the following tell us about the current situation in the park?

（Choose two options. The order does not matter.）

1  More travelers are visiting the park than thirty years ago.

2  One species was saved but another has become extinct instead.

3  People have started hunting wolves around this area again.

4  The park has both wolves and elk, as well as rich vegetation.

5  There is a new rule to reduce the elk population in the park.

1  A Decrease in the Number of Ranchers’ Animals

3  Nature Conservation Around the World